SKU:
ND1193A
UPC:
ACTIVE INGREDIENT:
Maitake Extract (Grifola frondosa)
ITEM TYPE:
Capsules
QUANTITY PER BOTTLE:
60ct. or 180ct.
SERVINGS PER BOTTLE:
60 Servings or 180 Servings
STANDARDIZATION:
Beta-Glugan (β-Glucan) minimum content: 30%
SUGGESTED USE:
As a dietary supplement, take one 500mg Maitake Mushroom Extract capsule 1-2 times daily.
STORAGE:
Store in a cool and dry place. Keep away from direct sunlight and heat.
WARNING:
Keep out of reach of children. Do not take this or any other supplement if under the age of 18, pregnant or nursing a baby, or if you have any known or suspected medical conditions, and/or taking prescription drugs or over the counter medications.
DISCLAIMER:
Always consult with a qualified health physician before taking any new dietary supplement. This product is not intended to diagnose, treat, cure, or prevent any diseases. These statements have not been evaluated by the Food and Drug Administration.

What Are Maitake Mushroom Capsules?

In Traditional Chinese and Japanese herbology, Maitake mushroom is a choice mushroom since it was believed that consuming Maitake mushroom can help balance the body and help return altered bodily systems to a healthy level. Many cultures actually consider Grifola frondosa a delicacy. Since maitake mushrooms are known to be chewy and succulent with a spicy yet earthy taste when cooked. Maitake mushroom is widely consumed in Japan and other Asian countries and its popularity in the western hemisphere is growing rapidly. 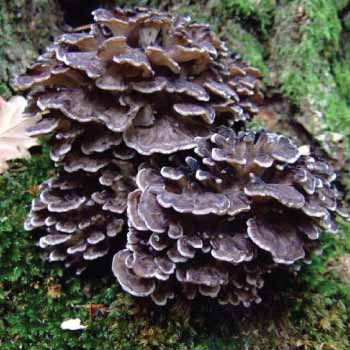 To gain more insight, read the Maitake mushroom reviews and experiences below.

Where to Buy Maitake Mushroom Extract?