What are mushroom extracts? 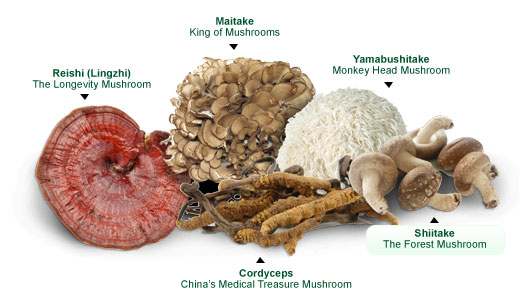 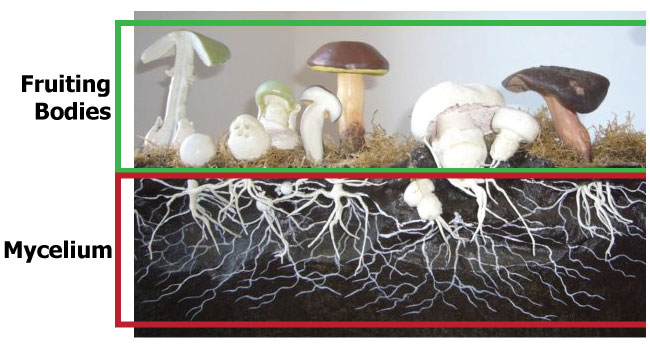 One of the biggest controversies in the mushroom extract industry today is the use of mycelium grown on grain. Mycelium is to a mushroom like what roots are to a tree. When grown properly, they will form whole fruiting bodies; which are called mushrooms. However, to save money, most US producers of mushroom extract products today grow the mycelium on a bed of grain, like rice. To speed up production, and to make the end product cheaper to produce, these manufacturers grind up the mycelium and grain together, before allowing them to form whole fruiting bodies. The issue with that is that mycelium is not a mushroom, just like the roots of a tree are not a tree. The beneficial compounds in these mushroom species are all studied with relation to their fruiting bodies. The FDA even states that mycelium is not allowed to be called "mushrooms." However, many of the biggest brands today thwart that FDA guideline, and put out a cheaply-made, mislabeled, and ultimately ineffective products. They hide this fact by standardizing to "polysaccharides" instead of "β-Glucans." Well guess what shows up as polysaccharides in the traditional testing? Carbohydrates! Yes, the very carbohydrates from the rice used to grow the mycelium is used as a measure of the active ingredient in these substandard products. When you are buying one of the major mushroom products on store shelves today, you are buying a bunch of ground up rice mixed in with mycelium!*

Even though the label may say “mushroom”, you need to look at the Supplement Facts panel. For example, does it say Reishi mushroom? Reishi mushroom mycelium? Or Reishi mycelium? Some products will list the latin name, Ganoderma lucidum, without mentioning mushroom or mycelium. Honest companies will reveal if the product is mycelium. They will also state in the “Other Ingredients” that there is grain or myceliated grain. Note that it is a requirement for herbal products to state “plant part” and also whether there are other unrelated materials present. Many companies selling mycelium products will have the word “mushroom” everywhere. In their literature, label, website. Seeing the word mushroom so many times can obscure the actual product, low potency mycelium.*

Mycelium on grain is actually nothing more than what commercial mushroom growers call “grain spawn”. Grain spawn is cheap to produce and is therefore economical to grow in North America. Unfortunately, mycelium grown on grain or rice contains minimal amounts of the important compounds that are in mushroom extract. Myceliated grain is cheap to produce, often cheap to purchase, but the lack of beneficial compounds makes it a very expensive product. Some of the most expensive "mushroom" products on store shelves today are some of the least effective, and mostly ground up grains.*

*These statements have not been evaluated by the Food and Drug Administration. This product is not intended to diagnose, treat, cure or prevent any disease.