SKU:
ND1412A
UPC:
ACTIVE INGREDIENT:
Pregnenolone
ITEM TYPE:
Tablets
QUANTITY PER BOTTLE:
120ct. or 365ct.
SERVINGS PER BOTTLE:
120 Servings or 365 Servings
SUGGESTED USE:
As a dietary supplement, take one 5mg tablet of Pregnenolone daily.
STORAGE:
Store in a cool and dry place. Keep away from direct sunlight and heat.
WARNING:
Keep out of reach of children. Do not take this or any other supplement if under the age of 18, pregnant or nursing a baby, or if you have any known or suspected medical conditions, and/or taking prescription drugs or over the counter medications.
DISCLAIMER:
Always consult with a qualified health physician before taking any new dietary supplement. This product is not intended to diagnose, treat, cure, or prevent any diseases. These statements have not been evaluated by the Food and Drug Administration.

Why Should I Take Pregnenolone?

Pregnenolone can be considered to be the “master” steroid hormone, as it is the precursor to virtually all steroid hormones. Below is an image which will help visualize this. 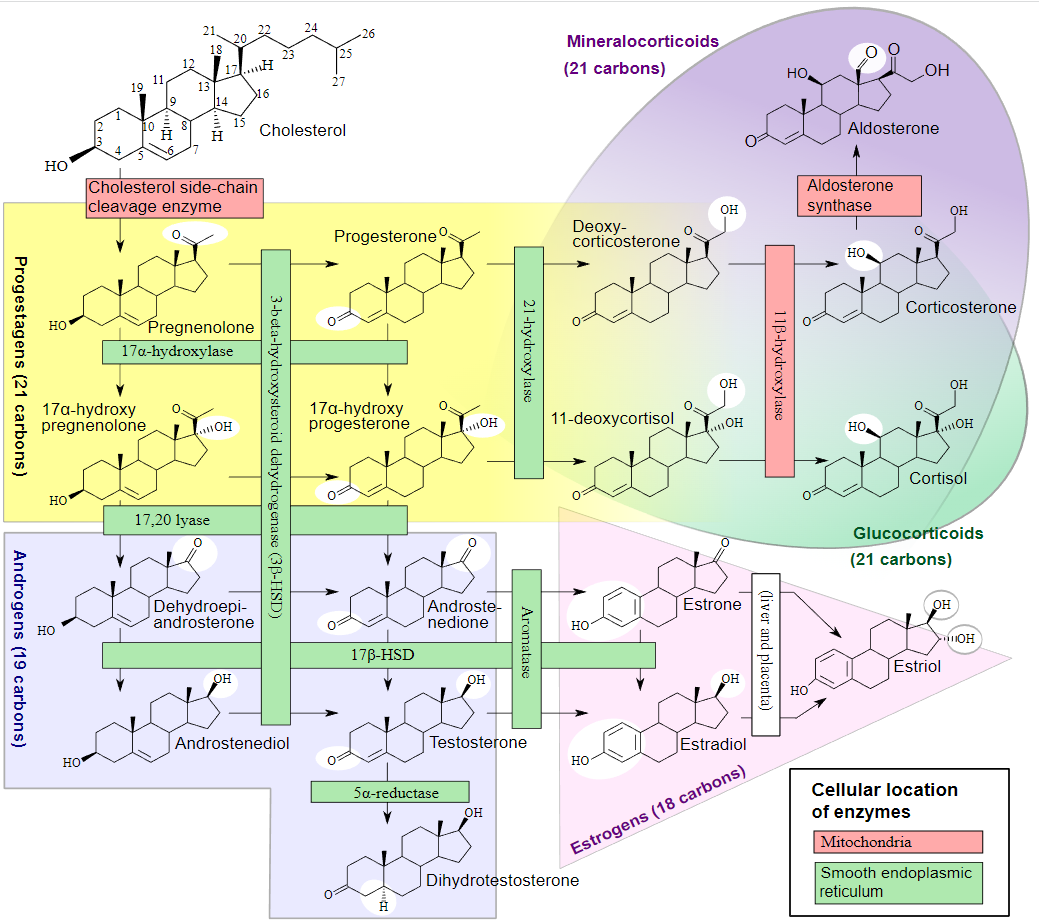 The Magic Of A Low Dose

So, what can you expect from a low dose of pregnenolone? The 5 mg dose of pregnenolone allows you to bypass the first rate limiting step of androgen synthesis, which is the conversion of cholesterol to pregnenolone. Based on this, we now have a unique opportunity to enhance the synthesis of androgens above baseline. This will help enhance mood, confidence, vitality and muscle strength. In addition to this, it will work very nicely together with other testosterone boosters, such as tongkat ali, Cistanche tubulosa and Primavie shilajit since all of them require pregnenolone in order to generate testosterone.

Tongkat ali likely needs no introduction at this point, it has quickly become one of the gold standards in the world of testosterone boosters. However, for tongkat ali to boost testosterone, it still requires the presence of steroid hormone precursors. Thus, in order to further enhance the efficacy of tongkat ali, providing a dose of pregnenolone will do wonders!

The mood effects of pregnenolone are quite uplifting and calming, and we have found that they mesh perfectly with the mood elevating properties of saffron. Taken together, they feel like sunshine in a bottle!

As a dietary supplement, take one 5mg tablet of Pregnenolone daily.

To gain more insight, see the Pregnenolone reviews and experiences below.

Where to Buy Pregnenolone