Choline is an essential nutrient that is found in a variety of foods such as eggs, fish, cauliflower, broccoli and soybeans. As an isolated nutrient, it participates in a wide range of physiological processes, but most importantly it is the main dietary precursor to the neurotransmitter Acetylcholine. It modulates cell integrity and is an important methyl group source. Via these three processes, choline affects many critical biological processes. For example, acetylcholine is highly involved in cognition and cell integrity, and is also very important for cognition. This is due to the way it regulates brain tissue formation and maintenance. Choline being a methyl group source affects DNA methylation, which controls a lot of biological processes.

To support choline stores, it is recommended that men consume 550 mg and women consume 450 mg of choline a day. This can be achieved either through diet or with highly bioavailable  choline sources such as alpha-GPC, citicoline, and choline L-bitartrate. The benefit to supplementing with these also reaches far beyond simply correcting a choline deficiency, because even in individuals with adequate choline intake, they can support cognition  and exercise performance. Thus, supplementing with one of these choline sources will cover all your bases, ensuring that choline levels stay at healthy levels, whilst reaping the auxiliary benefits of them, too. The remainder of this blog will cover all of the different choline sources and their unique auxiliary effects, so that you can select one that will best fit your needs.

Choline L-Bitartrate is the most basic choline source. By weight it is 41% choline, with the rest being tartaric acid. The tartaric acid enhances the bioavailability of the Choline to the body.

This choline source would be well suited for supporting choline stores and supporting other various bodily functions that rely on choline. However, it should not be your main choice if you’re also looking to support cognition, due to its limited availability. That being said, choline L-bitartrate is the most economically friendly source of choline. It’s just not the most potent version from a cognitive support standpoint.

- Supports the structure of cellular membranes

Alpha-glycerophosphocholine, also known as alpha-GPC, is a naturally occurring choline containing compound which is present in our brains. In our brains, it acts as one of the main precursors for acetylcholine and phospholipid synthesis. It has been shown that when cholinergic neurons are running low on choline for acetylcholine synthesis, they react by breaking down cellular membranes that are made up of choline containing phospholipids. This releases alpha-GPC, which is very readily turned into acetylcholine. Due to this, when alpha-GPC is supplemented, it makes it into the brain rapidly and significantly increases brain acetylcholine levels. Furthermore, supplementing with alpha-GPC may increase phospholipid synthesis, because besides choline, it is also a source for glycerophosphate; an important factor in phospholipid synthesis and cellular membrane structure. Thus, alpha-GPC can provide choline for starved cholinergic neurons and rebuild the cellular membranes that have broken down. Taken together, an increase in acetylcholine synthesis, coupled with supporting cellular structures, may result in cognitive support. This is further reinforced by alpha-GPC being a protein Kinase C (PKC) activator, which is a regulator of proteins that are involved in cognition such as the MARCKS proteins.

Citicoline, like alpha-GPC, is another form of choline that is naturally present in our brains. It functions as the intermediary step in phosphatidylcholine synthesis. In addition to this, it may support the production of phosphatidylcholine, which is an important component of cellular membranes. These effects are all shared by Alpha-GPC, but what makes citicoline unique, is that it is not only a Choline source but it is also a cytidine source. Cytidine is rapidly converted to uridine, which has a lot of positive effects on cognition. Uridine is largely responsible for citicoline’s production of phosphatidylcholine. 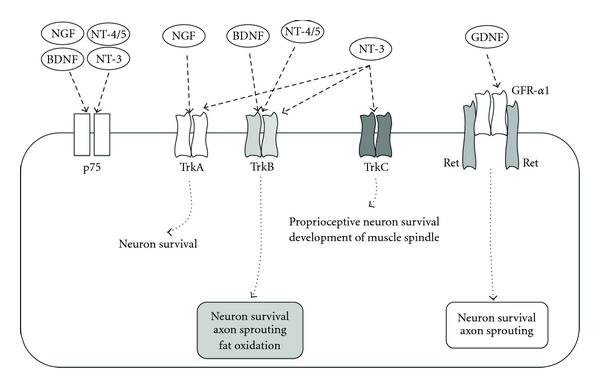 ULTIMATE GUIDE TO NOOTROPICS | PART 3 | GETTING TO KNOW MUSHROOM EXTRACTS