Where Do Shilajit's Benefits Come From?

Shilajit is a sticky, tar-like substance often appearing dark brown in color, which is highly regarded as a rejuvenating substance in Ayurveda. It is found primarily at high altitudes in the Himalayan and Tibetan mountain ranges, but has also been found in Russian and Chilean mountain ranges. During warm summer months, the intense heat of the sun causes shilajit to become soft, which makes it appear as if it is oozing out of rocks. However, the true origin of shilajit remains somewhat of a mystery even after decades of research. The primary theory is that shilajit is the humification product of various latex producing plants, mosses, and liverworts. This theory would explain why shilajit has such a complex chemical makeup that is similar to other humic substances such as peat. Shilajit contains over 85 individual components consisting of a mixture of minerals, humic acids, and amino acids that may potentially support physical health and cognitive function. In order to simplify things a bit, we will only talk about the main components of shilajit which appear to have the highest biological activity. These are dibenzo-α-pyrone Chromaproteins (DBPs) and fulvic acids (FA) with DBP cores.


What is Fulvic Acid? 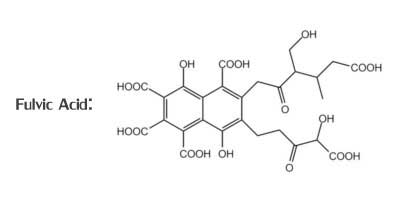 Fulvic acid (FA) is one of the main components of shilajit. It is a humic acid created as a result of millions of microbes breaking down decaying plant matter during a process called humification. Fulvic acid is a very complex molecule and contains a variety of functional groups, including carboxylic groups; this appears to allow Fulvic Acid to easily complex with cationic substances. Fulvic Acid's complexing ability potentially explains quite a lot of shilajit's benefits. To begin with, fulvic acid demonstrates excellent bioavailability and blood brain barrier (BBB) permeation; this allows it to act as a very effective delivery mechanism for the compounds it complexes with. In the case of shilajit derived fulvic acid, it appears to complex readily with DBPs, thus it acts as a delivery mechanism for them to various parts of the body including the brain. Furthermore, the carboxylic groups in Fulvic Acid appear to strongly support immune health. This system is composed of various precursor zymogens, which circulate throughout our body and are completely inactive. However our innate and adaptive immune system can activate these precursor zymogens.

Besides supporting healthy inflammatory responses, fulvic acid also promotes healthy oxidative responses. Oxidative support in shilajit appears to be from DBPs. As we’ve discussed earlier, fulvic acid readily complexes with DBP, and by doing this transports it to various parts of the body including the brain. Most importantly, it seems to be able to get DBPs to a location most supplements that support healthy oxidative responses don’t seem the reach; mitochondria. This is arguably the most important location in which you’d want to have healthy oxidative responses because the mitochondria produce most of our cells energy currency called adenosine triphosphate (ATP). During the process of producing ATP, significant amounts of reactive oxygen species (ROS) are produced. When this happens, we are basically cutting off the energy supply of our cells. On top of this, the more active a cell is, the greater the chance for mitochondrial dysfunction is, so this is bad news for high-energy demand neural and muscle tissue. Luckily the DBPs found in shilajit appear to be strong mitochondrial targeted oxidation support. By preserving mitochondrial function, these DBPs may ultimately even elevate ATP levels in our cells! 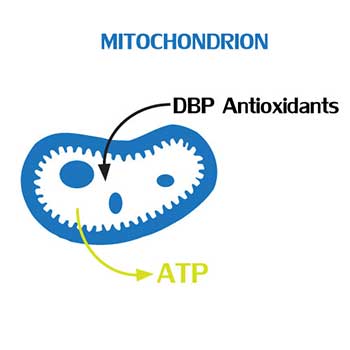 At this point you’re probably getting pretty excited about shilajit! If you are, then you’re in luck, because at Nootropics Depot we offer a highly purified shilajit extract called PrimaVie Purified Shilajit, which standardizes for a high fulvic acid and DBPs content. The fact that this extract is highly purified is crucial, because as mentioned earlier, fulvic acids love to complex with cationic substances, and although this has some benefits it also has a major drawback. Most toxic heavy metals are also cationic, and thus it is not uncommon to see dangerously high levels of these heavy metals in unpurified samples of shilajit. Primavie Shilajit, available from Nootropics Depot in both  capsule or powder form, guarantees safe levels of heavy metals, so you can enjoy all of the benefits of shilajit without worrying about the nasty long-term side effects of heavy metal poisoning.