The most common use for  creatine monohydrate is to enhance physical performance. Studies have shown that creatine monohydrate supplementation can significantly enhance various parameters of exercise performance, such as strength and speed. The mechanism by which this works is mainly through acting as a buffer for adenosine triphosphate (ATP). ATP is one of the main energy molecules in our body. It powers all of our cells and in turn is responsible for nearly all of our bodily functions, including muscle performance.

The way ATP works is that if energy is needed somewhere in the body, one of the three phosphate groups in ATP will be broken off through a process called hydrolysis. Once this happens, energy is released and the ATP is converted to adenosine diphosphate (ADP). This release of energy allows us to contract our muscle. The more contraction we require of our muscles, such as if we were riding a bike or lifting weights, the more ATP we require. This is where creatine monohydrate comes in. Think of ADP like a dead battery and ATP like a fully charged battery. creatine monohydrate helps recharge the dead battery (ADP) by adding a phosphate group to it. It does this by increasing phosphocreatine stores in cells with high-energy demand, such as in muscle tissue and in the brain. Phosphocreatine can then help rapidly re-synthesize ATP from ADP by adding an additional phosphate group to ADP, leading to more overall available energy.

In our opinion, the benefits of creatine loading are not worth the hassle and rapid water weight gain. Just starting creatine monohydrate supplementation at the recommended 5-gram dose is the best dosage regimen. This dosage will produce results slightly slower than loading creatine, however, it will still work just as well. In addition to this, the loading phase is often also associated with having to cycle on and off of creatine monohydrate. The cycling of Creatine monohydrate is also associated with having to redo the loading phase at the start of each creatine cycle. With the daily 5-gram dose, there is no need to cycle and this dosage can just be taken indefinitely.

A lot of the cognitive benefits of  creatine monohydrate supplementation can be traced back to the ATP system. Similar to muscles, most processes in our brain require ATP. Thus, by increasing phosphocreatine stores in the brain, various brain processes will be running faster and better. This should support an overall increase in brain function. To get more specific, ATP is also very important in regulating calcium influx into glutamate neurons. Calcium is very important to the functioning of glutamate neurons, however, it can also overexcite glutamate neurons. This excitation is normally mitigated by the sodium-potassium ATPase pump, by pumping excess calcium out of the neuron. As the name suggests, this pump is dependent on ATP, and if ATP levels are low, calcium will start to accumulate in the neuron. Once calcium levels are too high, the neurons will get overexcited to the point that it dies. This process is called excitotoxicity and is a major threat to cognitive function. By elevating ATP levels in critical areas of the brain, creatine monohydrate can prevent this from happening. Through this process, creatine monohydrate protects the brain and in turn helps promote healthy cognitive function. 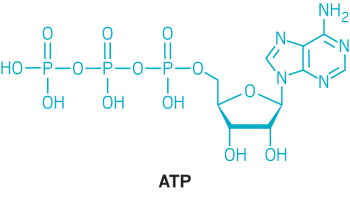 Going a little more in depth in the glutamate system, creatine monohydrate is also able to enhance the activity of a specific glutamate receptor called the NMDA receptor. Activation of this receptor sets in motion a process called long term potentiation (LTP). LTP is one of the processes by which our brain encodes memories, and thus LTP is a crucial process when it comes to cognitive function. Creatine, by enhancing NMDA receptor function, has the potential of boosting LTP. The problem however, with enhanced NMDA receptor function is that it can also lead to excitotoxicity. Luckily, creatine has been shown to be neuroprotective against glutamate and H2O2 toxicity!

Creatine monohydrate also has the ability to support dopamine levels and dopaminergic neurons. This effect in addition to its protective effects on the glutamatergic system, make it a very versatile neuroprotective supplement. Taken together, the protective effects of creatine paired with enhanced NMDA receptor function and improved ATP production, make it a very interesting option for overall cognitive support. This being said, the effects of creatine on cognition, by itself, are not very significant and most people will not notice a very large boost in cognitive performance from just creatine monohydrate. However, it does go very well with a plethora of other compounds to support their effects. To see some ideas of how to use creatine monohydrate in conjunction with other compounds, please see the end of this blog where we give three examples of three different nootropic stacks that incorporate creatine monohydrate.

There is however an exception to the rule. If you are currently following a vegan or vegetarian diet, then creatine monohydrate supplementation may produce much more noticeable cognitive effects. We will discuss this in more detail in the following section:

For athletes that are vegan or vegetarian, creatine could also significantly support exercise performance. This again, is based on the fact that vegans and vegetarians appear to be somewhat deficient in creatine. This means that they will likely experience even greater physical benefits than people who are not vegan or vegetarian. In addition to this, the extra cognitive edge could also help enhance sports performance.

Using Creatine as a Nootropic

Since creatine has the ability to safely support overall cognitive function long-term, it perfectly fits the classic criteria of what a nootropic should be. These criteria were defined by Romanian chemist Corneliu E. Giurgea who coined the term nootropic. Below are his criteria which qualify a compound for being a nootropic:

1. Nootropics need to be able to help support learning and memory

3. Nootropics should be neuroprotective

5. Nootropics should be very safe and have extremely low toxicity.

In addition to this, they should lack any prominent psychoactive effects

As can be seen from the list above, creatine monohydrate complies to all criteria. It appears to reliably preserve and even enhance learning and memory. It appears to be neuroprotective, protecting from various physical and chemical insults. Creatine supports the central nervous system by optimizing energy processes in the brain and it lacks any profound psychoactive effects.

Based on the above and the supportive, rather than directly enhancing, effects of creatine on brain function - it is a great supplement to take alongside other nootropics.

Creatine in a Nootropic Stack

Below are three simple stacks which incorporate creatine and two other ingredients. These are designed to get the most out of every single ingredient by focusing on Creatine monohydrate to support brain function...