When it comes to aging, the approach seems to be fairly one sided: we want to increase our lifespans. While increasing lifespan may be possible, the idea of infinitely extending it seems somewhat far-fetched. However, what does not seem far fetched is the idea of facilitating a healthy aging process, rather than trying to completely halt it. The reality is that we will more than likely never be able to fully halt aging, so why don’t we focus our efforts on aging in a sustainable manner?

Think of it like wine, there is no realistic way to fully halt the aging of wine. However, the aging process can be steered in a manner that makes the wine develop properly over time to produce new and unique flavours and textures. So much so that properly aged and extremely old wines sell for enormous amounts of money such as a 1941 bottle of Inglenook Cabernet Sauvignon from the Napa Valley which sold for a whopping $24,675 USD in 2004! That being said, if the wine is aged improperly it will simply turn into vinegar. This concept is of course only loosely related to human aging but there are still a lot of parallels that exist between the two. For example, people who play high impact sports throughout their lives have much higher incidences of knee problems later in life despite possibly living very long lives. The same goes for wine. If you excessively knock wine around, it will likely not age as elegantly as a bottle that is perfectly preserved without any major agitation. Individuals who experience large amounts of neuro-oxidative damage in specific brain areas can develop diseases that impair cognitive function despite being able to live very long lives. Again, the same goes for wine. If a lot of oxygen is getting into your wine while it is aging, it is very likely that the wine will loose much of its flavor and color. 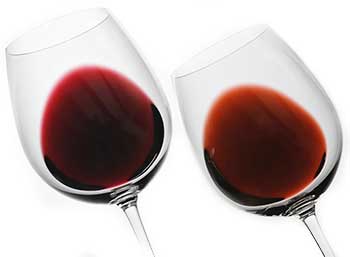 Based on the above, it is in our best interest to take preventative steps during the aging process to ensure healthy aging so that we not only live long lives but that we live long and happy lives. Below you will find a comprehensive guide that we have put together that goes over many of aspects of aging that can be attenuated with a smart natural nootropic supplement regimen in order to potentially stop some of the damaging aspects of aging. 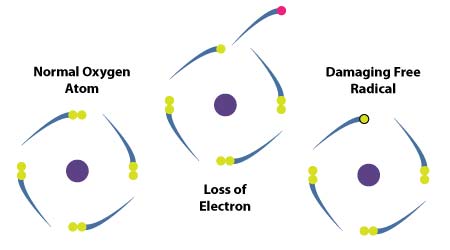 One of the most common causes aging is from increased amounts of oxidative stress. One of the reasons why this occurs is because, as we age, enzymes such as glutathione starts to lessen, whereas the production of reactive oxygen species start to increase. This is especially problematic if it starts to affect the energy production center of cells, the mitochondria, which are particularly sensitive to oxidation. If mitochondrion become damaged, then that has a large downstream impact on many biological functions; especially within the brain. Based on this knowledge, it is no surprise that red wine and resveratrol has picked up a lot of traction in anti-aging and longevity circles. This is because resveratrol on paper is an excellent and comprehensive oxidative support supplement. Unfortunately, the bioavailability of resveratrol is lackluster, so to target oxidation we would recommend the following highly efficacious oxidative support supplements:

What is Mitochondrial Function and How Can We Improve it?

Once we have oxidation under control, we can now focus on improving mitochondrial function rather than preserving it. It has been found that the more active and healthy our mitochondrion are, the better we age. One major regulator of mitochondrial function and cellular energy is creatine. Surprisingly, creatine supplementation is often overlooked even though it appears to have very potent anti-aging effects.

What Does Creatine Do? 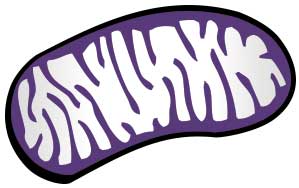 Another great mitochondrial function enhancer is a shilajit extract called  Primavie. This is especially true when it is combined with ubiquinol, the reduced form of coQ10. Shilajit extract contains compounds such as fulvic acid and dibenzo-alpha pyrones which also increase ATP production. Shilajit is good for enhancing the effects of ubiquinol, and ubiquinol may reverse aging by itself, thus the combination significantly helps in reducing the negative effects of aging. We could go into a lot more depth about shilajit since it is a very interesting natural extract, but we already did that in this  blog post so we will spare you the details here!

Inflammation and the Cholinergic System

Another major troublemaker when it comes to aging is inflammation, both in our bodies and in our brains. Because of this, it is no surprise that turmeric and its beneficial compound curcumin are picking up a lot of traction when it comes to the topic of aging. This is because turmeric and curcumin do a fantastic job at supporting healthy inflammation levels throughout the body, especially formulations such as  Longvida curcumin which is designed to specifically regulate inflammation in the brain.

One major pathway by which you may amplify and improve upon the inflammation-regulating effects of turmeric and curcumin is to increase cholinergic signaling. More specifically, increase cholinergic signaling in areas of the brain that have a high density of a particular acetylcholine receptor called the alpha 7 nicotinic acetylcholine receptor (α7nACh). The α7nACh receptor is a major regulator in the brain's inflammatory response that works by inhibiting the release of TNF-alpha, a major cytokine. To target this aspect of inflammation we have to inhibit the tetrameric form of the acetyl choline esterase enzyme (AChE) an enzyme which breaks down acetylcholine and is expressed only in the brain and specifically in regions of the brain that have a high density of α7nACh receptors such as the cerebral cortex, hippocampus and the amygdala. To inhibit tetrameric AChE,  huperzine a may be used which appears to be a highly selective tetrameric AChE inhibitor. Huperzine a, by inhibiting tetrameric AChE leads to increased levels of acetylcholine which then leads to activation of the α7nACh receptors which, in turn, potently regulates inflammation in key areas of the brain prone to inflammation.

Another popular supplement for supporting healthy inflammatory responses' are fish oil supplements. Fish oil's beneficial effects include not only regulating inflammation but also the maintenance of brain membranes. However, just like curcumin and turmeric, this is already fairly well known so we decided to find a synergistic and potentially improved addition and/or alternative to fish oil supplements. Our top candidate for this is  palmitoylethanolamide, which may regulate inflammation.. In fact, you can read more about that in this  comprehensive blog we wrote about palmitoylethanolamide. A potentially-effective combination of ingredients to regulate both inflammation throughout the body and the brain would be palmitoylethanolamide and huperzine a.

Additionally, a fish oil supplement may also be added to this combination and will be especially beneficial if it is paired with a phosphatidylserine complex called ‘ Smart PS’. Phosphatidylserine benefits brain health by both increasing cell membrane synthesis, making it highly synergistic with fish oil. It also downregulates acetylcholine esterase and thus it should also work synergistically with huperzine a to regulate inflammation.

Cleaning Up the Brain

The brain is metabolically active which causes the production of a lot of waste products that need to be adequately dealt with. One of the ways our brains deals with containing, neutralizing and eliminating damaging metabolic waste, is by sleeping. However, sleep tends to become worse and worse as we age and one reason for this could be decreased melatonin production. This is a quick and easy fix, simply take 300mcg of a  melatonin supplement once per night which may improve overall sleep quality. 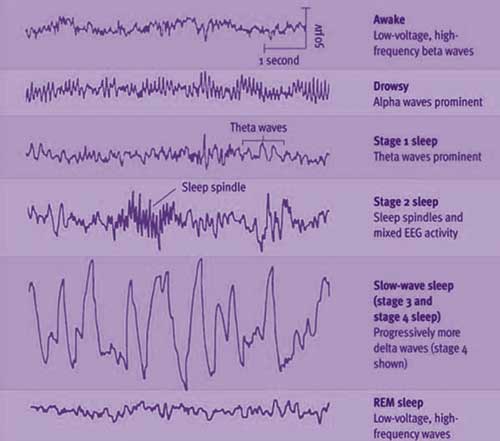 Nitric oxide is a gaseous neurotransmitter, that is an important regulator of blood flow and brain health. Nitric oxide is produced by three different synthase enzymes, neuronal nitric oxide synthase (nNOS), inducible nitric oxide synthase (iNOS) and endothelial nitric oxide synthase (eNOS). The only synthase that can be beneficial when it is more active is eNOS, which prevents some of the damage produced by iNOS and nNOS by producing vasodilation. As we age it appears that specifically the activity of iNOS and nNOS gets upregulated which could be caused by decreasing levels of  agmatine. Agmatine, inhibits both iNOS and nNOS whilst preserving eNOS activity. Based on this, the best way to regulate NOS function as we age, is likely by using an agmatine supplement to replenish declining agmatine levels. Agmatine effects are not just limited to preventing excess nitric oxide levels, as it has been shown that an agmatine supplement can help preserve and optimize memory. 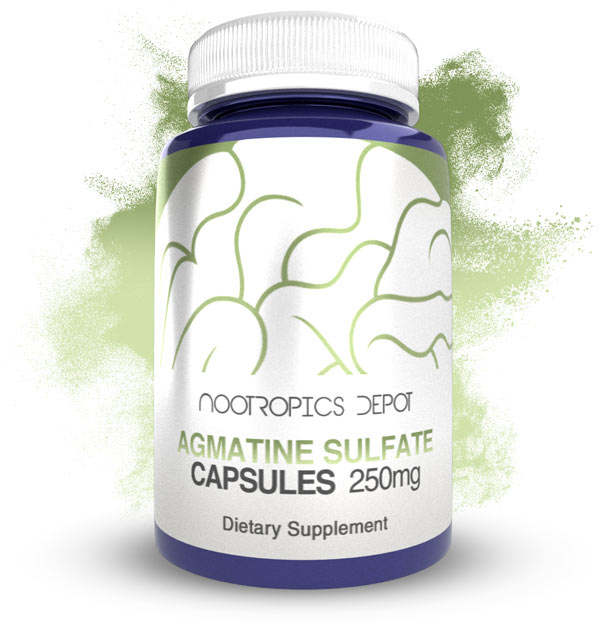 What are Telomeres and Why Are They Important? 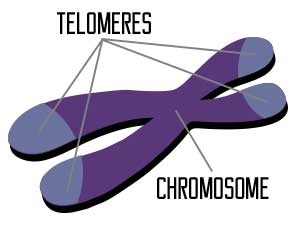 Finally, the last part of the equation: telomeres. This is where we really start to get into the actual idea of life extension, so we thought it was appropriate to end things here and keep it brief, since our aim is more focused on improving the aging process rather than extending life span. That being said, there does seem to be some solid evidence behind telomere lengthening leading to extended lifespan. Telomere length testing has become widely available at reasonable costs recently, so a lot of people are focusing their efforts on optimizing their telomere length as they now have access to a concrete way of testing how their telomere length is changing. Often forgotten about, an  L-carnosine supplement may have significant anti-aging effects via modulating telomeres. Carnosine benefits telomeres in two ways. Carnosine both protects telomeres from potential damage while also promoting the lengthening of telomeres. Due to this, carnosine is good for supplementation as a potential life extender. In addition to the ability of an L-carnosine supplement to increase life span, carnosine benefits skin health too which is also an important aspect of aging. 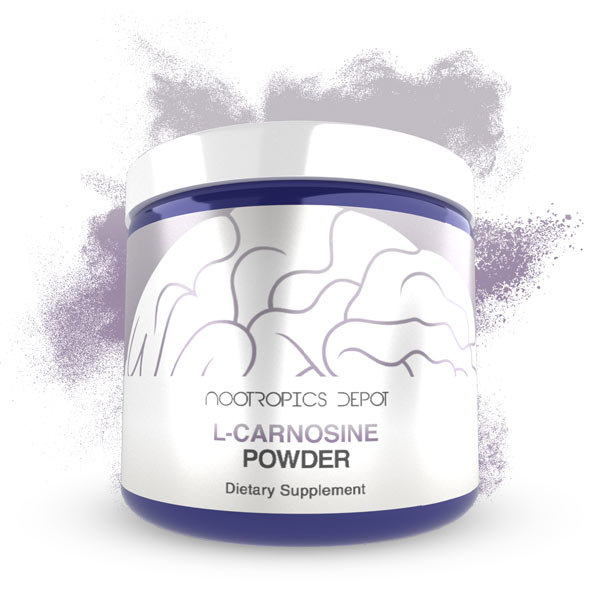 List of the best anti-aging supplements covered in this blog: