What is a Nootropic? 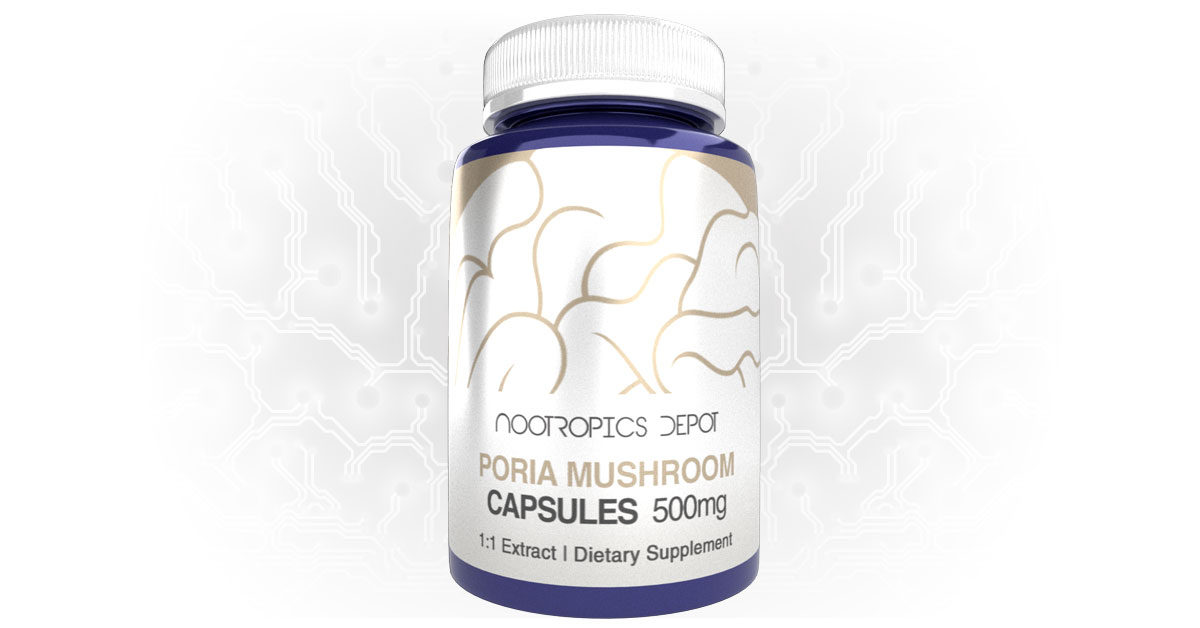 Poria is a very interesting mushroom that grows as a big scletorium under the ground. The scletorium very closely resembles a coconut which is why one of the names for  Poria mushroom is Poria cocos.

The Poria scletorium contains a large amount of bioactive molecules such as a collection of triterpene derivatives, monosaccharides and 15 different amino acids! These compounds work together to produce a wide array of highly beneficial effects that support whole body health with an emphasis on producing nootropic effects that help boost our brain function.

It has been known for a very long time that Poria mushroom has some extraordinary nootropic effects that closely fit the true definition of a nootropic. In traditional Chinese medicine, Poria was used in combination with ingredients such as  Polygala tenuifolia with the sole purpose of producing nootropic effects in order to facilitate optimum cognitive function. Modern research has suggested that Poria mushroom may help promote cerebral blood flow, enhance memory formation, and support acetylcholine levels! 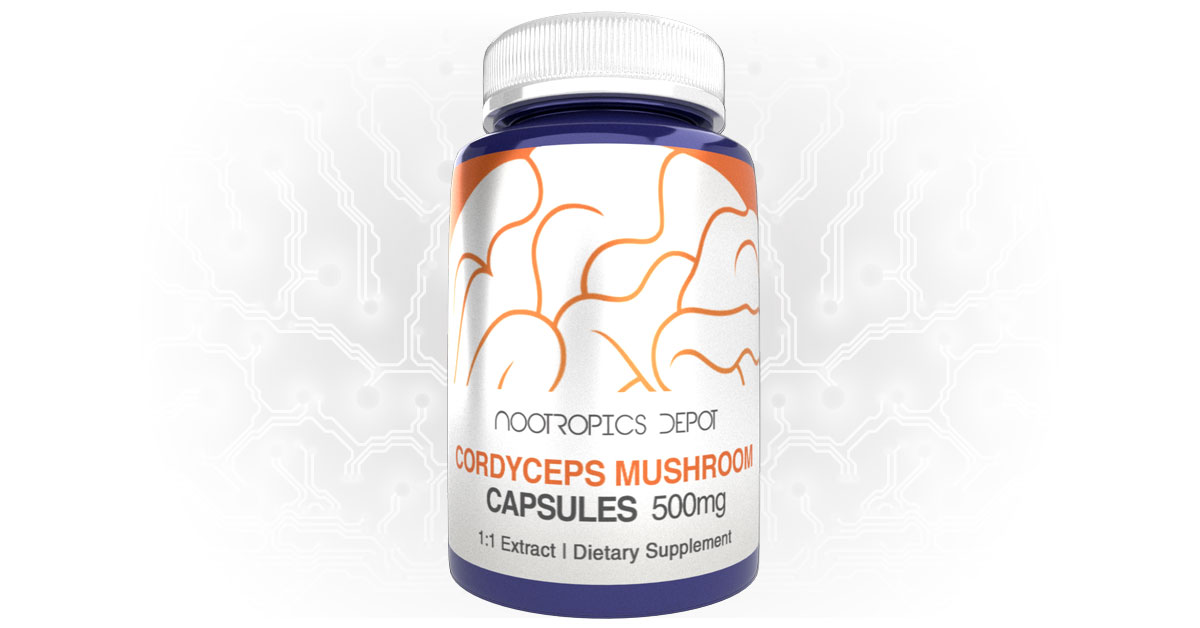 Cordyceps mushroom, via the main bioactive compound cordycepin, produces AMPA receptor activity. This is a major target for nootropic compounds as AMPA plays a large role in memory formation and maintenance. By increasing AMPA activity, the growth of new neural connections is facilitated. This is very important for cognitive function as one of the main mechanisms by which we store memories, is by physically producing new connections in the brain. This process is influenced by a large variety of factors and neurotransmitters. However, AMPA receptors are one of the most important receptor systems for facilitating this process.

In addition to the nootropic Cordyceps benefits that can be reaped from its cordycepin content,  Cordyceps benefits helps support mood. Large scale research has recently found that AMPA receptors play a pivotal role in mood, and it has been found that signalling through AMPA receptors can help enhance mood. What’s better than being in a great mood all day while also storing memories with ease?

So, which Cordyceps mushroom extract will have the most prominent nootropic effects? We carry two Cordyceps extract, one of which, the  Cordyceps 10:1 extract, has a much higher amount of cordycepin in it. With this in mind, the  10:1 Cordyceps extract would be the most ideal candidate for utilizing nootropic cordyceps benefits. However, the  1:1 Cordyceps extract is also a highly capable extract. To learn more about the two extracts, we would recommend reading our blog comparing the two by  clicking here. 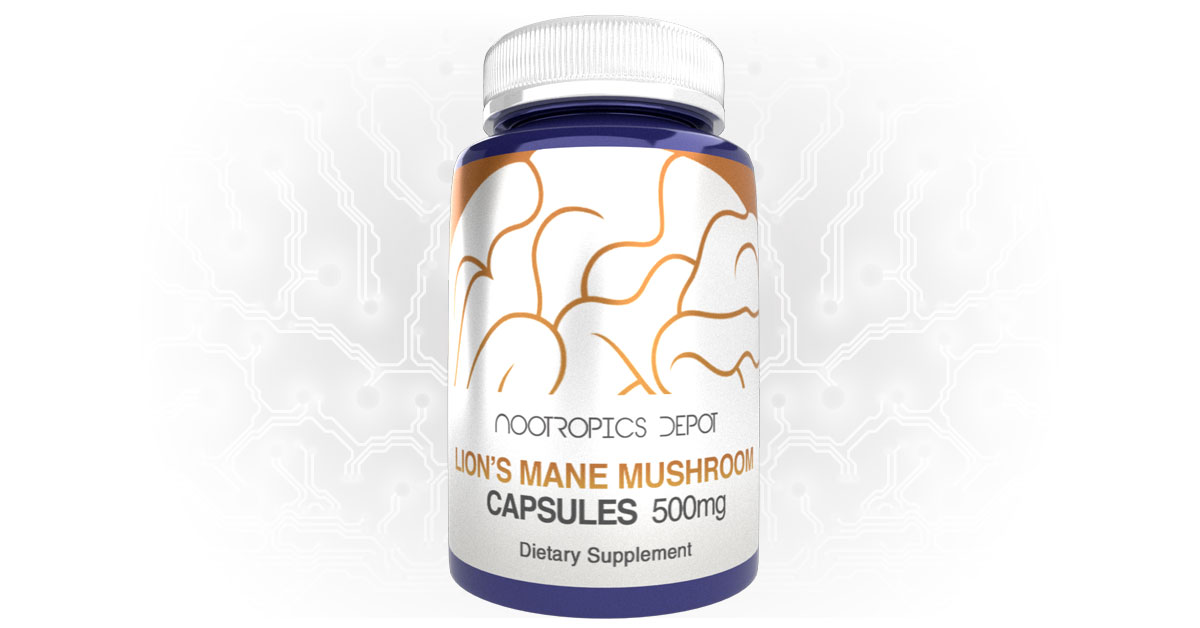 Lion’s Mane mushroom is the most well known nootropic mushroom and has seen an enormous rise in popularity over the last few years. The reason why Lion's Mane mushroom is so sought after is quite simple: it just works! Both research studies and anecdotal reports have shown that Lion's Mane mushroom has quite prominent nootropic effects. This fast rise to mushroom stardom has also caused it’s fair share of issues with this mushroom -- the main one being the use of mycelium on grain.

It’s common practice for many mushroom extract vendors to produce their mushrooms domestically. However, growing whole fruiting body mushrooms can be quite labor intensive, consume large amounts of space, an is overall a fairly expensive process. The cheaper alternative is to grow mycelium. To produce mycelium, Lion's Mane mushroom spores are used to inoculate a substrate such as brown rice. A root system (mycelium) then starts to form in the substrate, and under the right conditions, fruiting bodies can sprout from the mycelium. What many domestic mushroom producers do, however, is take the myceliated substrate and grind everything up including the substrate. This ultimately means that you are getting small amounts of mycelium mixed with cheap grains such as brown rice. The current narrative touted by these vendors is that only the mycelium of lion’s mane has positive effects on cognition, and thus, a lot of consumers end up getting tricked into buying inferior mycelium on grain Lion's Mane mushroom.

So, what does Lion's Mane mushroom actually do? Lion’s Mane mushroom helps support levels of nerve growth factor (NGF), which as the name may have given away already, may help nerves grow. NGF is a critical factor in supporting brain health and plays an important role in the nootropic effects of Lion's Mane Mushroom. Likely through its same NGF boosting properties, the Lion's Mane mushroom has also been shown to positively impact mood and relaxation.

The most interesting aspect of all of these nootropic mushrooms is that they not only have nootropic effects, but they also have significant health-boosting effects. Lion’s Mane mushroom is no exception to this and has a plethora of beneficial health effects such as increased immune function, regulation of oxidation and inflammation, and even helps promote healthy cardiovascular function! 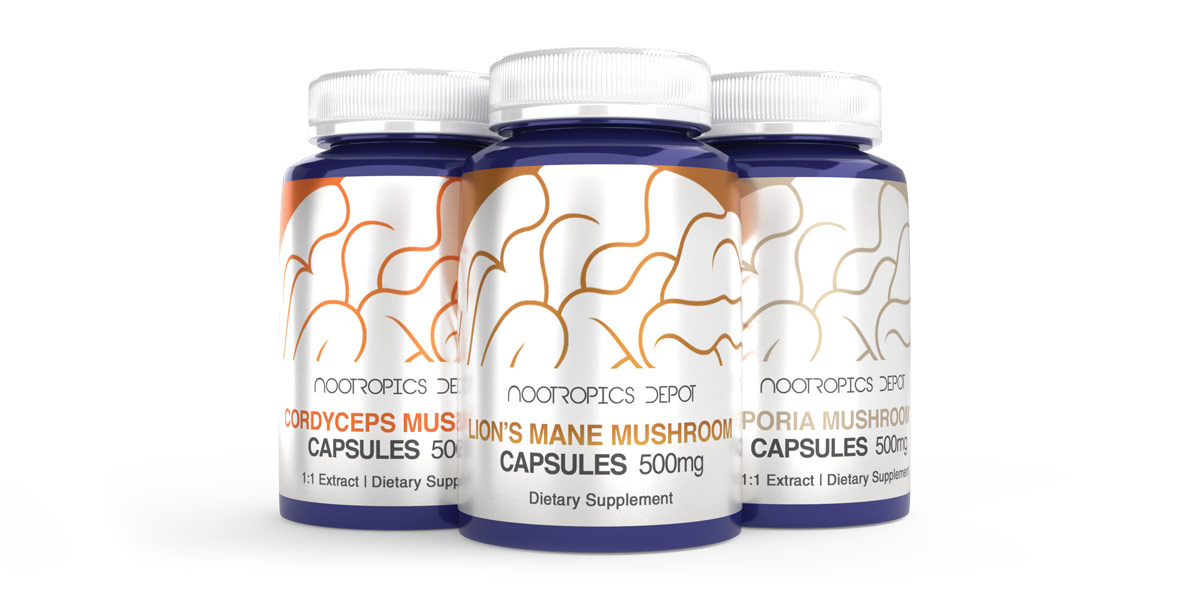 L-Theanine Benefits: What You Should Know About This Calming Amino Acid Supplement